Under the motto of “Spirito di Basilea”, the Canton of Basel-Stadt will be presenting events and innovations that were developed in Basel and either had, or still have, a significant impact on world affairs. The centrepiece will consist of two exhibitions presented in the base of the Swiss Pavilion towers from 1 May to 12 June and from 7 August to 12 September. On top of this, the Swiss Expo Pavilion will host numerous themed events and cultural happenings in close cooperation with various Basel-based partners. 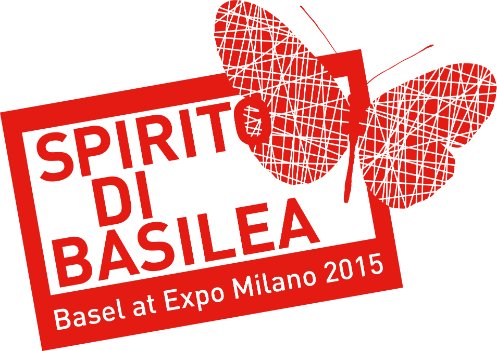 Together with the cities of Geneva and Zurich, Basel will represent urban Switzerland at the Expo Milano’s Swiss pavilion. Under the title of “Spirito di Basilea”, Basel’s Expo appearance will refer to the principles of chaos theory and pursue the question whether the flap of a butterfly’s wings can set off a tornado. “Basel’s Expo appearance will present developments of global significance that started in Basel and had, or still  have, a direct or indirect impact on world affairs,” explains Guy Morin, President of the Government of the Canton of Basel-Stadt. The exhibition will focus not only on global food supply, the Expo theme, but also on “food for thought”. At the Expo Milano, the Canton of Basel-Stadt will also pursue marketing objectives. “Our marketing appearance aims to raise awareness of Basel as an innovative business and cultural centre among the northern Italian public”, says Sabine Horvath, Head of External Affairs and Marketing of the Canton of Basel-Stadt.

Global history made in Basel

The opening ceremony for the first part of Basel’s Expo appearance (ending on 12 June) will take place on 2 May 2015. The concept is based on a publication by Matthias Buschle and Daniel Hagmann entitled “Kleine Basler Weltgeschichte” (Christoph Merian Verlag). The book presents events and innovations which, although they may have appeared small and insignificant at the beginning, went on to shape world history. The exhibition will focus on four subject areas that will be presented in the four towers of the Swiss Expo Pavilion:

1. Science: research is strength
The examples of Gustav von Bunge, pioneering analyst of micro components in food, and Tadeus Reichstein, famous for discovering synthetic vitamin C and manufacturing cortisone and winner of the Nobel Prize in 1950, will illustrate Basel’s significance as a research centre.

2. Intellectual life and art: hungry for intellectual creation
This section will focus on the work of the philosopher Friedrich Nietzsche in Basel who not only revolutionised international philosophy but also had a world-changing impact on the fields of literature, art, conduct of life and religion. A reproduction of the world-famous painting ‘Isle of the Dead’ by Arnold Böcklin will also be presented, the first version of which is exhibited in the Kunstmuseum Basel.

3. Architecture and design: the world takes a seat
The third part of the exhibition will concentrate of innovations in the field of design and specifically on Vitra’s Panton Chair. The first moulded plastic chair to be made in one piece represents a classic chapter in furniture history and received global design awards. Basel’s position as a design Mecca is also confirmed by architects of global stature, such as Herzog & de Meuron, Diener & Diener, Renzo Piano, Zaha Hadid and Frank O. Gehry.

4. Economy: innovation for more food
Syngenta will highlight the challenge of providing food security for an ever-growing world population and stress the importance of innovation and partnership in sustainable agricultural development.

The main partners at Basel’s first Expo appearance from 1 May to 12 June 2015 include Syngenta and Vitra. Bregy & Buschle and the designer Dieter Thiel are responsible for the conceptualisation and implementation of the contents.

During the “Settimana Basilea”, which will take place in the Swiss Expo Pavilion from 21 May to 4 June 2015, Basel’s exhibition will be accompanied by various theme days and cultural events implemented by the Canton of Basel-Stadt in close cooperation with numerous Basel-based partners.
The theme days will include contributions by the Cultural Unit of the Department of Presidential Affairs of the Canton of Basel-Stadt, Basel Tourism, Global Footprint Network, the Academy of Art and Design of the University of Applied Sciences and Art Northwestern Switzerland (HGK FHNW), The Italian Consulate in Basel, Schweizer Salinen AG, Syngenta and the University of Basel.
Furthermore, Basel will provide a top-quality cultural programme on the Swiss Pavilion’s Expo stage which will range from rock and pop, theatre, dance, jazz and electronic music performances all the way to classical music. Performers at the Basel’s cultural programme will include the Jazzcampus of the Basel Academy of Music/FHNW, HeK (Haus der elektronischen Künste Basel), the Basel Chamber Orchestra, RFV Basel, the Basel Symphonic Orchestra and Theater Basel.
On top of this, a public panel discussion on the subject of “Feeding the Planet, Energy for Life” will take place in the assembly hall of the University of Basel at 6.16p.m. on 8 May 2015. 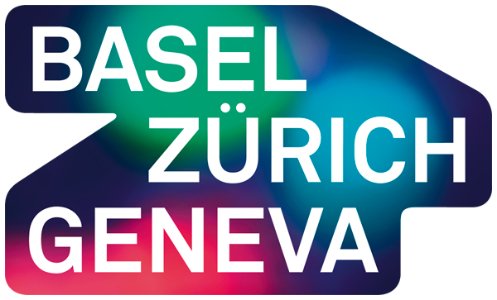 From 7 August to 12 September 2015, Basel, Geneva and Zurich will also present an exhibition on “Urban Food Innovation” in Switzerland’s Expo Pavilion. Basel’s contribution will focus on the urban food supply system in Basel and will suggest a system design process. The concrete issues that will be highlighted include food production, processing and transport, resources, seeds, drinking water (requirement and treatment), food waste and commitment by civil society.

It will be shown that an astonishing diversity of organisations, companies and initiatives have sprung up in the past decades that approach the issue of food production from very different angles. Basel is also unique in being host to both global groups of companies such as Roche, Novartis and Syngenta, and non-governmental organisations active in the fields of sustainability and biodiversity. This geographical proximity promotes critical dialogue.
The concept and implementation of the exhibition is being prepared in cooperation with the Forschungsinstitut für biologischen Landbau (FiBL) whose research project is funded by the State Secretariat for Education, Research and Innovation. The HGK is responsible for the design work. Implementation partners include Bio Suisse, Pro Specie Rara and Urban Agriculture Basel. On the Canton’s side, the Department for Cantonal and Urban Development, the Office for Environmental Affairs and Energy as well as the Urban Gardening Unit are involved. On 4 and 7 September, the exhibition will be supplemented with symposiums organised by FiBL and the FHNW.
Furthermore, Basel’s appearance at Expo Milano 2015 is supported by Basel Tourism, the Basel-based energy supplier IWB, Läckerli Huus, heidi.com and the companies Habegger and NÜSSLI.

Basel’s appearance at Expo Milano 2015 under the aegis of the Division of External Affairs and Marketing of the Department of Presidential Affairs of the Canton of Basel-Stadt involves close cooperation with following Basel-based partners: 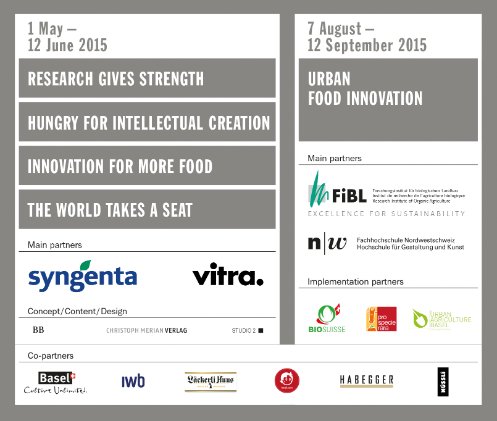