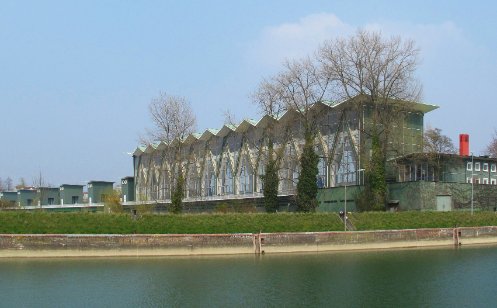 The Canton of Basel-Stadt has been actively promoting renewable energy, energy efficiency and climate protection for many years. The public administration leads by example in this area, such as by applying energy standards to cantonal buildings, thus helping to reduce CO2 emissions. Basel also plays a pioneering role in the new field of digitalisation and is committed to using forward-looking technologies for sustainable and resource-efficient development.

Under the guidelines of state action, §15 of the Cantonal Constitution of Basel-Stadt, the canton is obligated to sustainable development. This means that the authorities must take into account the well-being of the population, the conservation of natural resources, equal opportunities and cultural diversity when carrying out their tasks.

Climate protection, which is broadly supported in the Canton of Basel-Stadt, is one of the measures used to preserve the fundamentals of life. On 20 February 2019, the Basel parliament approved the resolution for a Climate Emergency Declaration. The Basel parliament thus recognises that combating climate change and its serious consequences is a task of the highest priority.

The public administration has been setting a good example for some time now. New administrative buildings must comply with MINERGIE-P or a comparable building certification. This was one of the measures included in the proposal “Climate-neutral administration Basel Stadt: Cantonal administration on its way to becoming a 2000-watt society”, which was approved in 2008 by the Grand Council.

Find out more about the Canton of Basel-Stadt's sustainability policy

The cantonal Energy Act is an important instrument for the Canton of Basel-Stadt's energy and climate policy. The main objectives of the Energy Act are to reduce greenhouse gas emissions, increase energy efficiency and promote renewable energy. At least 90 percent of energy requirements will be met using renewable energy in the long term. In order to achieve this goal, energy-efficient retrofits, efficient new buildings, and systems for the use of renewable energy have been encouraged with subsidies since 1984. Electricity from the IWB Basel industrial plants has been produced from 100% renewable sources since 2009. Furthermore, since 1998 all Basel residents have been rewarded with an annual electricity saving bonus as an incentive to encourage them to use energy sparingly.

The city of Basel was awarded the Energy City GOLD label in 2006. The aim of the Energy City label is to demonstrate in a measurable way how municipalities and cities are using their scope for action to increase energy efficiency and to promote the development of renewable energy and sustainable mobility.

The climate protection targets are verified by the Federal Office of Energy, which compiles cantonal energy statistics. Since 2010 statistics for energy consumption, the expansion of renewable energies and CO2 emissions have been collected and analysed every two years. The overall balance from 2010 to 2016 is positive: CO2 emissions derived from total energy consumption decreased by 19 percent between 2010 and 2016. This represents an annual per capita reduction in CO2 emissions from 4.7 tonnes in 2010 to 3.7 tonnes in 2016.

More on the topic of energy

As a space for dialogue and experimentation for innovative and collaborative Smart City projects, the Canton of Basel-Stadt, together with the SBB, has opened the Smart City Lab Basel on the Wolf site. One project that was tested here is “Smart Climate – Plug&Sense”, a sensor network that enables the urban climate in the tri-national area of Basel to be measured with location-specific data and which serves as a basis for urban planning.

Department of the Environment and Energy

The Basel environmental agenda contains current events organised by "environmental role models" and other organisations, specialist agencies and companies in the environmental sector.