Night of the Jumps

For the first Freestyle Motocross Event in Europe after the lockdown, the creators of the NIGHT of the JUMPs have come up with a rather special idea. The Freestyle of Nations is coming to Switzerland for the first time.

The Team Championship makes its début in Switzerland
In their Swiss début, the riders and their motorbikes will fly through the air in Basel’s Arena to decide the best freestyle nation. Three teams with the world’s best FMX riders will compete against each other. And in case this is not enough, the best mountain bikers are also invited and will take the Mountainbike Show to a completely new dimension. Each team will collect points towards the Team Championship in a series of breathtaking contests. The nation with the most points at the end of the contest is the winner of the NIGHT of the JUMPs World Team Championship. 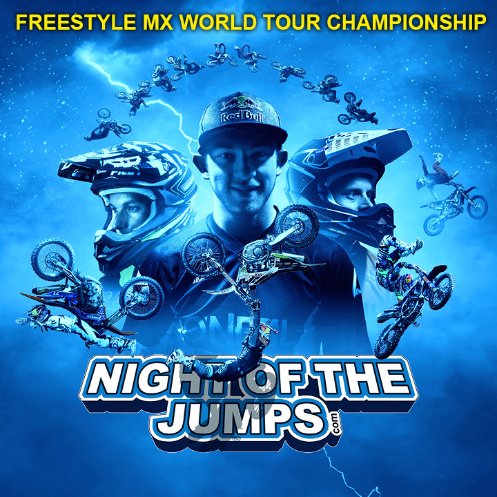