As early as 1896, François-Henri Lavanchy-Clarke (1848-1922) filmed Switzerland to show it in what was perhaps the world's first cinema: In his extravagant pavilion at the Geneva National Exhibition. This inventive media pioneer is also the first Swiss color photographer, but he is also an audacious advertiser, a busy soap industrialist and a reformer of the international blind. Yet he is all but forgotten today - and with him his long-lost cinematic oeuvre, which he introduced to Belle époque Switzerland with the Frères Lumière's groundbreaking Cinématographe. The exhibition brings his films and photographs back to light and also discovers the citizen of the world from Vaud as a designer of automata.

In connection with the exhibition, the documentary film «Lichtspieler» will be shown in the cinema from 20 October. 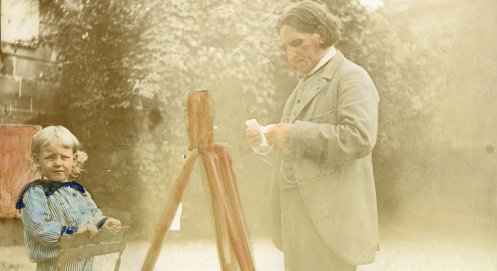