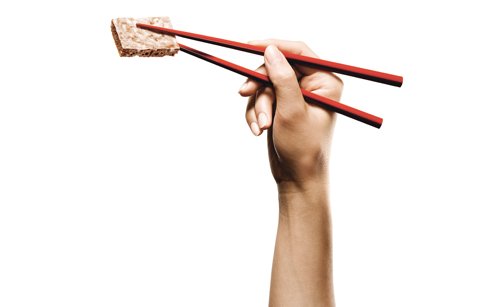 The Department of Public Health of Basel-Stadt, the University Hospital Basel, the University Children's Hospital of both Basel and the Medical Faculty of the University of Basel are supporting a number of projects which aim to promote cultural, medical and scientific exchanges between Basel and Shanghai. Within the framework of the city partnership, cooperation agreements were concluded in 2010 with Shanghai’s three largest medical faculties – Fudan, Jiao Tong and Tongji. These agreements are designed to intensify cooperation at the scientific level and to facilitate the exchange of talented doctors and young researchers.

More about the cooperation projects within public health

BaselArea.Swiss (formerly the China Business Platform CBP) is a trade and investment platform that aims to promote business relations between China and Northwestern Switzerland - the country’s fastest-growing economic region and one of the leading research and innovation centres in the world.

The EAP plans to introduce direct flights to Shanghai Pudong International Airport. This connection would expedite airfreight traffic with China, improve mobility between the two cities and promote business links. In addition, the EuroAirport intends to expand its position as a major hub in international air traffic.

The Swiss Rhine harbours (Schweizerische Rheinhäfen) and the Shanghai Municipal Transport and Port Authority are stepping up their exchange and are planning to conclude a respective co-operation agreement. A letter of intent has already been signed. The aim of this co-operation is institutionalised exchange that also offers a platform for both harbours’ regional logistics partners.

Confucius Institute at the University of Basel

The Basel Gymnasium Leonhard, which offers Chinese as an optional subject for all secondary school pupils from Basel, has had a partner school in Shanghai since 2011: the High School Affiliated to Fudan University Shanghai.

Since 2009/2010 the “Manager Exchange Programme”, an annual alternating exchange programme for junior managers, is designed to promote thriving and diverse links between the city partners of Basel and Shanghai.

Further information about education and science

ChinaWorldBasel would like to provide more visibility for Chinese people living in Basel, as well as for the existing elements of Chinese culture that are already here, and to thereby make the existing city partnership with Shanghai even more of an experience in Basel. Contacts and exchanges are thereby being sought and cultivated with the Chinese community in Basel, both through special events and by means of a virtual communication platform on Facebook. As a means of exchange and information, this platform is available to all persons interested in the China-Basel partnership.

One of the oldest and most renowned symphonic orchestras in Switzerland, the Basel Symphony Orchestra has a significant national and international appeal. It attracts guest soloists and conductors from all over the world and gives regular guest performances. In the coming season, the Basel Symphony Orchestra will open up new horizons on a tour of China and South Korea. The orchestra is thus strengthening Basel’s international music tradition that spans several successful decades. Following the first concert of the Asian tour in Beijing on 23 March 2015, the orchestra will perform at Shanghai’s Oriental Art Center on 25 March 2015. Once again, the cultural cities of Basel und Shanghai will focus on their common strengths and benefit from a fruitful exchange.

With the aim of cultivating contacts and networking with the Chinese community, we hereby invite you to celebrate the traditional Chinese Mid-Autumn Festival in the autumn of each year. The festival takes place on and around the Münsterplatz, and is open to all interested parties.

More information about culture and society 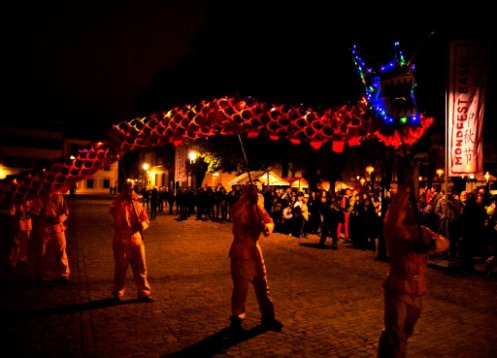 Chinese dragon dance at the annual Mid-Autumn Festival in Basel.