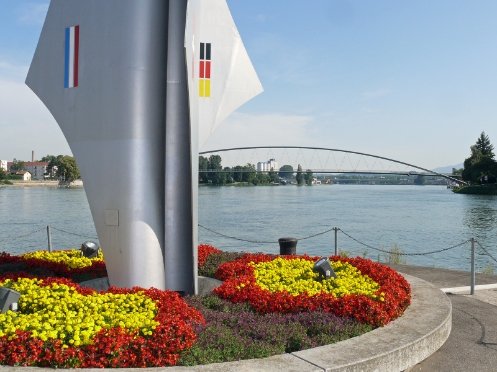 Switzerland, Germany and France meet up in the border triangle.
Photo: Juri Weiss

Cooperation in the Upper Rhine

Cross-border cooperation in the Upper Rhine region stretches further back in history as its borders suggest. Before the modern nation states were founded, there was a lively exchange around today's borders in various sectors. This was limited by the growing importance of national borders and in particular due to the two world wars in the 20th century.

The initial cooperations restarted early on in the Upper Rhine after the second world war, such as, for example, the bi-national airport (today known as the EuroAirport Basel-Mulhouse-Freiburg), which was opened between Basel and Mulhouse in 1946. It is still an important legacy for this tri-national area that the people and the leaders are no longer bent on revenge, but strive instead for cooperation and reconciliation. The tri-national cooperation has become increasingly important with the foundation of the Regio Basiliensis association in 1963 in Basel and similar associations in the two neighbouring countries. The German-French-Swiss Upper Rhine Conference (ORK) evolved in 1991 from the structures that had emerged in the 1970s and 1980s. Recent events surrounding the coronavirus pandemic have also raised public awareness of the importance of open borders. 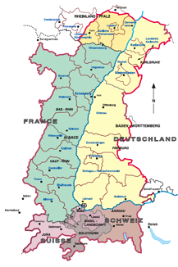 The tri-national Upper Rhine area includes the regions of Baden and Palatinate in Germany, Alsace on the French side, as well as the five north-western Swiss cantons of Basel-Stadt, Basel-Land, Aargau, Solothurn and Jura. The Tri-national Metropolitan Upper Rhine (TMO) was founded in 2010 to pool the forces of this region with its network of urban concentration points. Today, many issues are coordinated on a tri-national basis in the Upper Rhine region. The focus here is mainly on transport and planning, education, energy and environment, the economy and culture.
Numerous projects have been implemented in these and other areas over the last thirty years with the help of the Upper Rhine INTERREG programme, which also receives funding from the European Union. 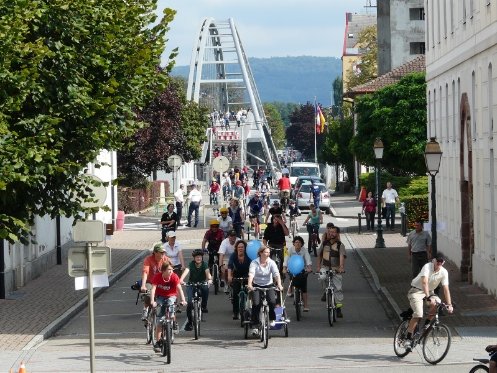 Cooperation in the tri-national agglomeration

The tri-national agglomeration of Basel is a bilingual area that extends over three countries. Cross-border cooperation is a matter of course in this area, with Basel at its centre. A unilateral approach without including the tri-national partners is unthinkable in matters such as regional planning and transport. But even in everyday matters, the borders of this area are becoming increasingly blurred for the some 850,000 residents of the agglomeration. So, many commute over the borders to go to work or to spend their free time on a tri-national basis by visiting the sights of the neighbouring country or enjoying their cultural and commercial highlights.

Cooperation in the agglomeration has long been an integral part in the administration of the region. The Tri-national Eurodistrict Basel (TEB), founded in 2007, is dedicated first and foremost to regional planning and transport issues. But, cooperation in the areas of energy and environment, education, culture and bringing citizens together is also moving increasingly to the forefront. Some excellent examples of this are the Basel Museum Night, tri-national study courses and certificates, and the International Building Exhibition IBA Basel supported by the TEB, which should give new impetus to the region with its different architectural visions. The agglomeration programme of Basel operates a tri-nationally supported transport planning, the implementation of which is also helped through funding from federal authorities in Bern.