A lot to see in such a small city 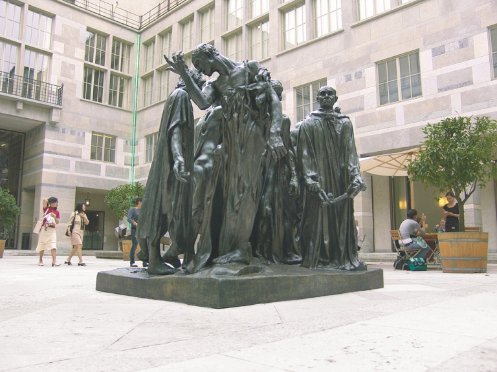 Basel is very proud of its many museums. No other European city has so many top museums in such a small space. 37 square kilometres for almost 40 museums! The range of collections presented covers a wide range of interests, but is mainly focussed on fine art.

Collecting art has a long tradition in Basel. In 1661, Basel was the first European city to open the doors of an art collection. Other treasures of today's Kunstmuseum are pictures by Hans Holbein or modern classics. The international appeal which the Kunstmuseum Basel achieves with its exhibitions is reflected in a 2013 ranking: the Kunstmuseum Basel was chosen as the fifth best museum in the world by the London-based newspaper 'The Times'. 2016 represented an additional major milestone, with the opening of the extension for special exhibitions. Apart from the Kunstmuseum, four other state run museums set the standard for many international museums with regard to research and education: The Historisches Museum Basel (Museum of History), the Museum der Kulturen (Museum of Cultures), the Antikenmuseum Basel (Museum of Antiquity) and the Naturhistorisches Museum Basel (Museum of Natural History). Over the last two decades, some private institutions such as the Fondation Beyeler (1997), the Museum Tinguely (1996) and the Schaulager (2003) have made Basel even more attractive for the general public.

The Fondation Beyeler, located just outside the city in Riehen, has a significant national and international presence. Another pioneering museum is the Vitra Design Museum in Weil am Rhein, just over the German border.

Let’s not forget the many smaller, quaint and often quite humorous museums that harbour real treasures and intriguing little bits and pieces. The Pharmaziemuseum (Museum of Pharmacy) of the University of Basel hosts the largest collection of pharmaceutical history – which is often mysterious and sometimes a little gruesome. The oldest proven exhibit for medical students is a skeleton dating from 1543. It can be seen in the Museum of Anatomy. The Cartoon Museum shows collections of satirical drawings and cartoons. And the Toy Worlds Museum Basle is home to the world’s largest collection of teddy bears.