The Basel music scene is very lively in the three fields of classical, jazz and rock / pop. The range of offers is varied and of high quality. 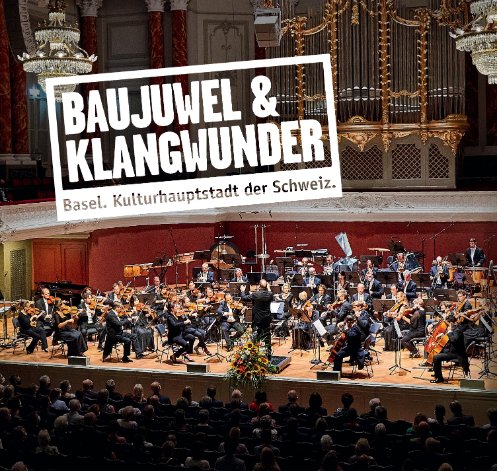 A visit to the Stadtcasino Basel is a unique experience.

The Stadtcasino is at the heart of the classical music scene in Basel. Built in 1876, the concert hall has excellent acoustics and is one of the best concert halls in the world. The extension of the Stadtcasino by the famous architects Herzog & de Meuron was officially opened in 2020. In addition to high-class local orchestras and chamber groups, including the Basel Symphony Orchestra, the Basel Sinfonietta and the Basel Chamber Orchestra, which has won the Swiss Music Prize 2019, international orchestras and soloists also regularly perform there. The music and culture center Don Bosco Basel also offers concert experiences. Basel also boasts a vibrant vocal music tradition. Large oratorio choirs such as the Basler Gesangverein, smaller chamber choirs like the Tradiophon vocal ensemble, and children's and youth choirs all contribute to the rich musical variety. Renowned choirs such as the Basler Madrigalisten and the Männerstimmen Basel regularly embark on international tours. Basel also has a long tradition and international reputation in the field of new music. The Gare du Nord - the Bahnhof für Neue Musik is the venue for the extremely lively and productive contemporary music scene in Switzerland, the trinational region and beyond. The Musikakademie (College of Music) has an excellent reputation and runs its own concert hall. A large part of the classical music scene is funded by the Allgemeine Musikgesellschaft (AMG), founded in 1876. The Paul Sacher Stiftung in Basel is home to one of the largest collections of autographs, including works by Stravinsky, among others.

Basel is a lively and important centre for jazz and blues with numerous events and highlights (jazz-and-blues.ch).
For jazz devotees, Basel has a number of clubs such as "the bird’s eye jazz club" as well as a selection of festivals celebrating jazz genres from Dixieland and swing to classic jazz and avant-garde.The Jazzfestival Basel brings jazz legends to Basel, and the largest one-day jazz festival in the world, “Em Bebbi sy Jazz”, infuses Basel’s city centre with traditional jazz sounds. Opened in 2014, the Jazzcampus of the Academy of Music/FHNW is an academic institution, jazz club and meeting place all in one.
During the Blues Festival Basel held at the Volkshaus, the city on the Rhine becomes a blues destination, and the largest open-air blues event in Switzerland, “Summerblues Basel”, transforms the Kleinbasel district into a unique open-air blues club for one long summer’s night. The Groove Now! concert series at the Volkshaus in Basel features concerts by the most exciting international musicians who are currently influencing the development of modern blues and soul.

Rock and pop concerts are organised at various smaller venues in the city centre, at the Kaserne in Kleinbasel, the Volkshaus  and the Sommercasino. Large concerts with well over 30,000 concertgoers are held at St. Jakob Park. Some 300 bands, a dozen music studios and many DJs make sure that Basel has a broad-based and lively music scene ranging from rock to techno and hip-hop. The Beat on the Street music parade held every two years makes its way along the banks of the Rhine in Basel to the harbour and features various styles of music such as drum and bass, dubstep, dance hall and hip-hop.
And finally, Basel also has a pulsing techno scene. Techno fans can drop in to Das Viertel Klub Basel, Nordstern or Elysia, for example, in their search for the best beats.
The Jungle Street Groove techno parade takes place along the banks of the Rhine every two years, alternating with Beat on the Street. 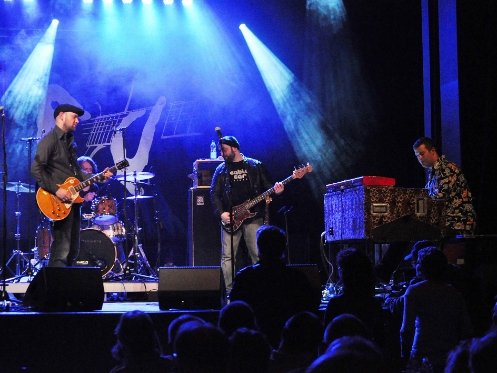 Festivals in Basel will bring you everything, from world stars to hidden gems, and in all musical genres. While classical and jazz festivals are held mainly indoors, rock and pop bands like to play outdoors, and the city becomes their stage. A highlight certainly is the international crossover Stimmen-Festival which takes place near the border in Lörrach (Germany) and at other locations on both sides of the border. At the Jugendkulturfestival, the very young take over the city. During one weekend in June, young bands and dance groups show what they have achieved in weeks of practice. The Basel Early Music Festival also takes place every other year.

The Basel Tattoo is unique in Switzerland, and is the second largest open-air festival of its kind in the world. Every summer, the best representation orchestras from around the world, present catchy tunes combined with elaborately choreographed march sequences, and provide a marvellous spectacle of colour and light in front of the magnificent backdrop of the Kaserne Basel.

The European Festival of Youth Choirs Basel takes place every second year during the Ascension holidays. First held in 1992, it has now become firmly established, and, with more than 22,000 visitors, has become an integral part of the cultural life of Basel and the region. The festival focuses on interaction. Choirs representing a broad musical and cultural spectrum of European choir singing can be seen in more than 25 large and smaller concerts in Basel and the region.

The Floss festival in July and August creates just the right mood with free concerts held on a floating raft stage on the Rhine.