All the major Hollywood productions and a great many European films, as well as a number of non-European films, can be seen on the numerous cinema screens in the Basel region. Many films are shown in the original language with German subtitles – a speciality of Switzerland that contributes significantly to the enjoyment of the film!

A lively and inspiring cinema programme 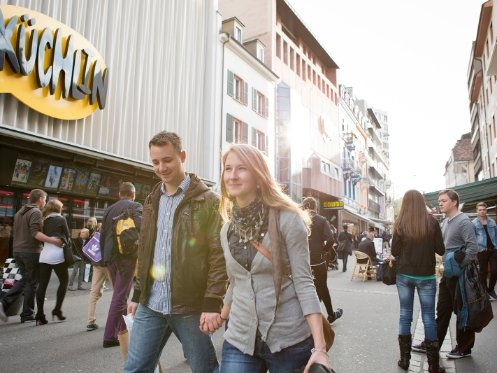 State-of-the-art cinema technology and comfort in the Steinenvorstadt, Basel

At PATHÉ Küchlin in the Steinenvorstadt, everything is geared towards a unique cinema experience – the most modern cinema theatres with comfortable seats, innovative technology and outstanding film projection.

The cinema centre extends to the Theater Basel, where the Stadtkino Basel is located. It is one of the most important programme cinemas in Switzerland and shapes Basel film culture with special events such as lectures, international conferences, festivals and musically accompanied film screenings. The kult.kino atelier at the Theater Basel and the kult.kino camera at the Claraplatz stand out from mainstream cinemas and let you immerse yourself in cinematic discoveries from all over the world with their versatile, lively and sophisticated cinematic art.

The Filmhaus Basel is a cultural piece of home in the middle of the old town centre in Gerbergasse, with creative studios for film makers, a small cinema and an atmospheric club as a meeting point, where visitors can immerse themselves in cinematic worlds.

In the neues Kino in the Klybeck district, politically uncomfortable, aesthetically innovative or regionally explosive works are shown in various formats and provide a framework for expanded analysis and discussion. 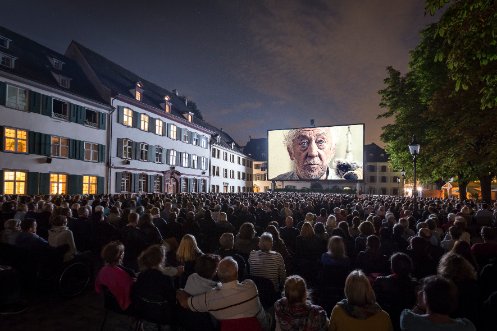 Large screens are set up in many parks and castle ruins in the region in summer. The highlight, with one of the largest screens in the world, is the Allianz Cinema, which takes place on Münsterplatz over a number of weeks. It offers reruns, premieres and special nights in a unique atmosphere for over three weeks in July and August. Those who prefer their films away from the mainstream can visit exciting retrospectives from new cinema on the roof of a silo in the Rheinhafen.

The Bildrausch – Filmfest Basel has established itself in a few years as an intimate international film festival on the Swiss film calendar and offers a multifaceted supporting programme, with discussions with film makers, panel discussions, readings, workshops, artistic interventions and concerts. As a non-profit event with an international flair, the Gässli Film Festival provides cinematic fascination and background information on film making. Film talents are given the opportunity to present their short films or music videos to a larger audience.

Cinema experience for children and adolescents

The Magic Lantern has been an integral part of Basel's film education and cultural offering for primary school children (from 6 to 12 years of age) since 1994 and aims to increase children's awareness of films in an entertaining way with images and sound. During the school year there are several performances in Basel and at various locations in Switzerland. It is not only regularly recommended by the Swiss Conference of Cantonal Ministers of Education (EDK), but it is also supported by the Federal Office of Culture (BAK).

The "Sackgeldkino" offer (pocket-money movies) for everyone under 18 and "Brainstreamkino" for young adults up to 26 allow discounted entry to all sessions at kult.kino.