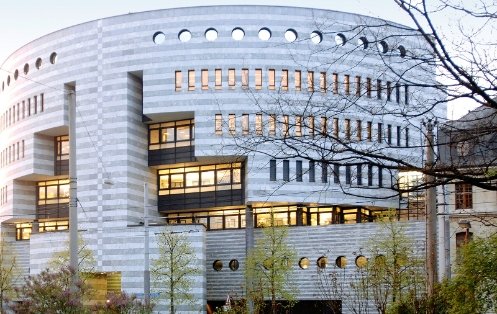 The building of the Bank for International Settlements at Aeschenplatz, designed by architect Mario Botta.

Basel boasts the highest density of successful life sciences companies in the world. These generate by far the largest share of added value in the Basel region. Famous companies such as Novartis, Roche, Lonza, Bayer, BASF, Syngenta, Straumann or Moderna have their headquarters or important group functions here. A multi-faceted biotope of further research companies from the fields of biotechnology, nanotechnology, IT and communication technology is thriving around them. Together with the University of Basel, the ETH Department of Biosystems and the University of Applied Sciences Northwestern Switzerland FHNW, they form the Life Sciences Cluster. This cluster counts over 700 companies, including big multinationals, SMEs and a constantly growing number of successful start-ups and spin-offs. Leading providers of personalized medicine are based in the Basel area, such as Genedata, Clinerion, and Medgate. Startups are also successfully positioning themselves in the digital health sector, as the example of LyfGen shows.

The Life Sciences Cluster is spread across three countries and generates enormous momentum that benefits not only the Basel-based pharmaceutical, biotech and medtech companies, but also all the other industrial sectors in the region. Medical technology is gaining in importance at the interface between life sciences and materials science. Global leaders such as Straumann, Medartis and DePuySynthes are located in the Basel region.

As part of Basel’s position as a prime business location, the city is also a major financial centre and home to the headquarters of the Bank for International Settlements and UBS, one of the world’s leading wealth management companies. In contrast with other parts of Switzerland, insurance companies are prominent in Basel. They contribute more than half the added value in the financial sector and include the Baloise Group, Symphany, Pax Versicherung and Helvetia. 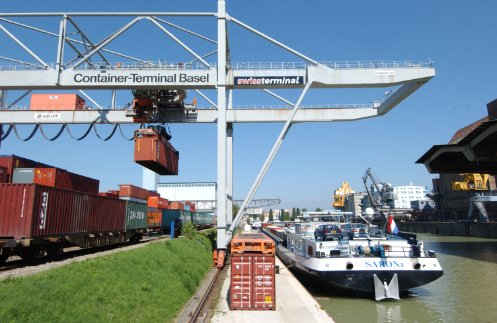 As a result of its geographical location in the heart of Europe and its first-class transport infrastructure, the Basel region has long been a major transhipment centre for goods on the move: the Rhine provides a direct link to the sea for the shipment of goods by water. The EuroAirport Basel-Mulhouse-Freiburg, the Swiss Rhine Harbour, the international railway stations and outstanding connections to the European motorway network make Basel the logistics centre of Switzerland. Major logistics groups such as DSV/Panalpina, DHL and Rhenus use these advantages to run their global operations out of Basel. Trading companies have always been well represented in Basel. Companies such as Coop, Davidoff, Dufry, Manor and Tally Weijl are just some of the examples.

Basel is known worldwide as an exhibition and convention centre. Art Basel, the world's biggest trade fair for modern and contemporary art, is hosted by Basel every year. The trade fair business is currently undergoing a structural change. The city is also the setting for scientific and business conventions of a global stature.